The Greek Orthodox Church owns hundreds of acres of valuable land in downtown Jerusalem, on which thousands of apartments are built. In the last few years, the Church has begun selling land owned by various Christian denominations to private companies. This is a cause for serious concern for both the residents and Israeli authorities. In total, approximately 3,000 Jerusalem apartments have been built on Church land in Jerusalem.

On June 27, 2017, thousands of residents of the Talbieh and Nayot neighborhoods of central Jerusalem woke up to a shocking article published in the Yedioth Ahronoth newspaper. It stated that the Greek Orthodox Church, which owns a large amount of property in Jerusalem, sold 500 dunams of land, which is home to 1,300 apartments in these areas, to Nayot Komemiyut Investments, a group of private developers.

The land purchased was previously signed under a 100 year-long lease agreement between the Greek Orthodox Church and Keren Kayemet L’Israel – Jewish National Fund, which was due to expire in 2051. The implication of the real estate deal for homeowners on these grounds is that the land and, by extension, all the apartments on them would become the private property of these developers, who would have the right to evacuate residents from their homes.

No one really believes that this will happen. Presumably, by the time the agreement expires in 31 years, the State of Israel will have reached some sort of agreement with the investors that protects the rights of thousands of residents living in apartments built on former Church land property in Jerusalem.

That being said, up until this point, no one imagined a situation where KKL-JNF may not renew the lease agreement with the Church. In the weeks following the deal, news outlets published many articles examining the failures of KKL-JNF, claiming that the organization passed up on several opportunities to purchase the land from the Church before ultimately choosing to sell it to private investors.

3,000 apartments in Jerusalem sit on land owned by Christian denominations

While the Greek Orthodox Patriarchate is the most prominent Christian landowner in Jerusalem, it is not the only one. The Franciscan Monastery owns a portion of land in the Baka neighborhood in the south of the city, and the Ratisbonne Monastery owns plots in the Rehavia neighborhood. Jerusalem real estate appraiser, Jacob Bier, estimates that there are a total of approximately 3,000 apartments built on land that is currently owned by Christian denominations or was so until recently.

The case of land being sold to Nayot Komemiyot Investments illustrates the risks faced by those who own property built on Church-owned land in Jerusalem. The financial future of these apartment owners is at the whim of the business considerations of these various organizations. The situation in Talbieh and Nayot is yet an example of a larger problem. In 2013, a portion of Church land in the Rasko neighborhood – home to hundreds of apartments – was sold to a different private real estate company.

The fact that thousands of apartments are built on land owned by the Church leads to an interesting phenomenon in the real estate world. Property in Jerusalem can be purchased, in one of the most expensive cities in Israel, at a heavily discounted price. Due to their precarious legal status, these apartments are being sold at 70-75% of the market value, compared to similar apartments built on private or state-owned land.

However, according to Bier, this low price is a trap that should be avoided at all costs. “Every once in a while, someone considering buying a cheap apartment on Church grounds comes to me for a consultation. My strong advice is to stay away. The apparent ownership of these apartments is really just a lease set to expire in 2051. This situation has significant legal and financial implications. While the value of most property can be expected to increase in the long run in the current Israeli market, the value of property built on church-owned land in Jerusalem decreases from day to day, as the lease expiration date approaches.”

Apartment owners in these areas are already dealing with the challenges of this situation. “The problem is not going to start in 2051,” explains Bier, “it already exists today. Leasers who want to sell their apartments to move to a new home or assisted living facility are discovering that they may not be able to get enough return for their property to sufficiently cover their future needs.”

Those who want to officially transfer ownership do have the option to negotiate with the private investors who purchased the land – but at a great cost. In two such deals signed over the past year, the developers transferred property ownership to the leasers for 26% of the value of the apartments. That means that a tenant who wants to ensure ownership of an apartment worth two million shekels will be able to do so for a little over half a million shekels.”

According to attorney Yitzhak Steinberg, owner of a Jerusalem law firm that specializes in Israel real estate, buying an apartment on land owned by the Church or by one of the private companies that purchased the land from the Church may be worthwhile, but only at the right discount.

“Clients who consult with me on this subject must understand that in the event that the land is purchased by a private company, then all future building rights belong to the company as well. If the seller discusses expansion options and unused building rights that come with the property, chances are, this information is not correct. The buyer should also be aware of the issue of financing. Banks prefer not to grant mortgages on apartments in areas where the land is owned by the Church or a private company. Where a mortgage is approved, the terms are generally less attractive than usual.”

“My advice to those interested in purchasing property built on Church-owned land in Jerusalem is to make sure they are getting the right price. Today, apartments on Church land property in Jerusalem are worth approximately 30% less than comparable apartments throughout the city. In the worst-case scenario, they sign a 30-year lease, but this assumes that the State of Israel will allow a mass eviction of apartment owners and that a proper solution will be found in 2051. Anyone who purchases an apartment in these areas should also clarify the price for a complete transfer of ownership. They need to make sure that the total price of purchase and ownership transfer does not exceed the price of a similar apartment built on regular land in Jerusalem.”

For the most part, homes in Israel are built on land that is leased by the Israel Lands Authority. In recent years, the State has been giving property owners title to the land on which their homes are built, without charge. In the case of non-State land ownership, according to Israeli Law when leases expire, home-owners may be evicted without compensation, either if the new landowners do not renew the leases, or if the price they demand is above what the homeowners can afford. 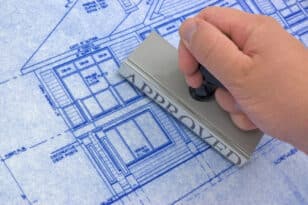 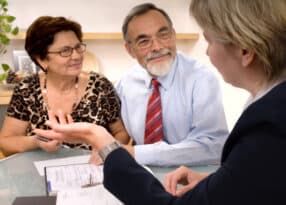 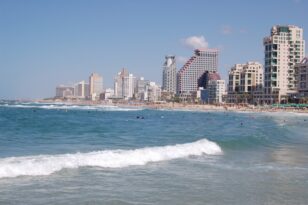 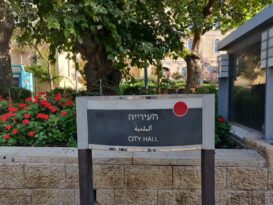