The increase, in recent years, in fraud and deception in the selling of agricultural land in Israel that is in the process of being “thawed”, or rezoned, for development has given the agricultural land market a bad name. However, while investing in this speculative market comes with high risk, it also holds great potential for profit. If you adhere to a number of rules of action and don’t let yourself be misled by false promises, you will discover a market that offers an abundance of opportunities.

Almost every Israeli has a story about their grandfather who somewhere back in the 1950s let slip through his fingers an opportunity to purchase a few acres of agricultural land in Israel for the price of a used bicycle, in a location that back then was considered the end of the world, but that today would have been the opportunity of a lifetime. Many of these plots of land are now considered some of the most expensive Israel real estate. Then there are the stories of those lucky few whose grandfathers did actually purchase land that twenty years later was turned into ten multi-story buildings and were later divided among their descendants.

These stories of becoming rich from risky real estate investments are, among other things, what continues to motivate people to engage in trading in one of the most controversial real estate sectors in Israel: the agricultural land market. Few business sectors in Israel have such a bad reputation as this one. Negative articles are published on an almost monthly basis in Israel’s economic press about naïve buyers who believed false promises and fell into traps set by the many crooks who operate in this industry.

There are two central reasons for this sector’s dubious reputation. The first is that a large portion of the people who work in this industry are not professionals, and in their eagerness to sell land, they are not precise – to put it mildly – when it comes to providing potential buyers with information about the quality of the land they’re marketing and the probability that the land will be rezoned for construction.

The second reason for this bad reputation is related to the buyers themselves, who have excessively positive expectations regarding the purchase of agricultural land in Israel, even with respect to successful purchases. In countries where planning procedures are excessively slow, such as Israel, anyone who is considering purchasing agricultural land in the hope that it will be rezoned, needs to know that this is a long-term investment, and that even if it is “thawed”, it’s possible that only their children or grandchildren will benefit from the investment.

In the long run, if you put aside all the get rich quick legends, and the stories about fraudulent cases, you will find a speculative market with a high level of risk, that is ultimately a legitimate market. And as in any other market, if you want to succeed in the agricultural land market in Israel, you must adhere to a number of rules of action.

What to consider when buying agricultural land in Israel

Let’s start by clarifying the process by which agricultural land in Israel is “thawed”: Before land can be rezoned for construction, two types of plans must be approved. The first one is a master plan that lays out the general terms of whether the land may be used for residential, commercial, or public uses. A master plan can be approved on a national, regional, or municipal level. The smaller the plot of land in question, the greater the chances are that it will be approved.

Ultimately, trading in agricultural land in Israel is carried out based on the analysis of the chances that a certain plot of land will be “thawed”, starting on one end of the spectrum with land that is marked in the national master plan as intended for future construction but not marked as such in any other plan, and therefore the chances of it being “thawed” in the foreseeable future are low, and then continuing to the other end of the spectrum with land for which a detailed plan for construction is already at an advanced stage, and for which the chances of being “thawed” are high (although, by no means assured).

5 things to keep in mind

In an effort to analyze the value of a parcel of agricultural land that you are considering purchasing in Israel, a number of steps should be taken:

In conclusion, purchasing agricultural land in Israel for investment is in no way a substitute for purchasing an apartment and is not intended for those who are interested in benefiting from the property in the coming years. This is a long-term investment with a significant component of uncertainty, which requires great patience and keenness that only future generations may get to enjoy its fruits. Having said all that, when such an investment in Israel real estate is successful – it may reward the investor or his successors as very few other investments will. 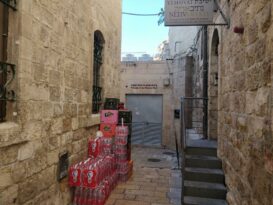 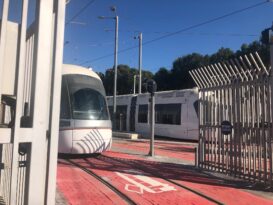