The newly released CBS housing price index shows that in March and April, the peak days of the COVID-19 epidemic, there was a 0.1% rise in housing prices and that overall housing prices in Israel rose 3.5% in the past year, despite an unexpected 0.3% drop in Israel’s Consumer Price Index and a 0.3% fall in rental prices in May.

Housing prices in Israel are currently showing resilience to the COVID-19 epidemic, according to the Israel’s Central Bureau of Statistics’ (CBS) newly released housing price index. According to the index, there was a minor rise of 0.1% in housing prices during March and April 2020. Compared to prices from March and April 2019, there has been an annual increase of 3.5%. Nevertheless, it should be noted that this data is provisional, and the numbers could still shift over the next three months.

Split up into geographical areas, Jerusalem and its environs has experienced a monthly rise of 0.3% in prices and a 4.2% annual increase. While there has been no change whatsoever this past month in housing prices in the Tel Aviv metropolitan area, prices did rise by 6% this past year. In Haifa and the surrounding area, there has been a monthly increase of 0.4% in housing prices, a 0.4% rise in Northern Israel, and a 0.3% drop in Southern Israel. Prices for new apartments rose 1.7% in March and April 2020, and compared with the same period last year, new apartment prices have gone up 2.9%.

The CBS published these figures on Monday, June 15, the same day Israel’s Consumer Price Index (CPI) was released, which shows that consumer prices in Israel are in decline. In May, according to the CPI, prices fell 0.3%. In comparison with May 2019, the CPI has fallen at an average annual rate of 1.6%. Be that as it may, the CBS cautioned, saying that there are groups of prices that could not be estimated during this period, such as cultural events and entertainment since these services were not available due to the COVID-19 crisis.

It should be noted that housing prices are not included in the Consumer Price Index in Israel. However, the CBS estimates rental prices, using an index that is part of the CPI. Regarding this issue, the index shows an interesting trend: rental prices were 0.3% lower in May compared to April, and 0.5% lower compared to March. Compared to May 2019, however, rental prices have risen 1.6%. The CPI also indicates a monthly increase of 0.9% in the price of vegetables, a 0.5% decrease in the price of furniture and a 0.4% fall in transportation and communication 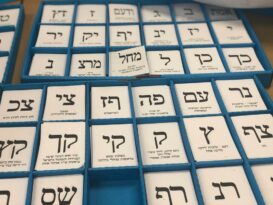