Considering the high cost of housing in Israel and the difficulty for many people – mostly young couples – to buy a home, Israel’s Finance Minister Moshe Kahlon, together with the Ministry of Construction & Housing, introduced the “Mechir Lemishtaken” (Buyer’s Price) scheme in 2016, to generate affordable housing and to slow down the escalation in home prices in Israel.

During the next two years, approximately seventy thousand housing units will be built across the country on State land and sold at discounts of 200-400 thousand Shekels per unit (around 25% less than the price of a similar apartment in the area) to eligible participants.

Most of the apartments in the Mechir Lemishtaken program are in the peripheries of Israel, with some projects in high-demand areas in the center of the Country, including Modi’in, Ra’anana and Beit Shemesh.  25% of the subsidized apartments will be built in the central region, 25% in the Jerusalem area, 35% in Haifa and the North and 15% in the South. Included in the program are plans for the construction of buildings with apartments of various sizes.  The plan does not include the construction of private houses.

The Ministry of Finance claims that Mechir Lemishtaken will affect the price of housing in Israel, however, the Association of Land Assessors disagrees. According to the Chief Assessor, about 72 thousand apartments were sold between May and December 2016, of which only 2,500 were Mechir Lemishtaken, so that the impact so far on housing prices is insignificant. It is estimated that there is a currently a shortage of one hundred thousand homes in Israel, so the program which currently includes 70,000 units, will not suffice the demand. However, if in the future, tens of thousands of young couples buy apartments through the scheme, it could have a greater impact on prices, especially in the peripheries.

Among other criteria, buyers must hold an Israeli identity card and not own an apartment, in order to participate in Mechir Lemishtaken.  Accordingly, for most foreign buyers, the program is irrelevant. (Who is eligible? see here).

In any case, housing prices are a function of supply and demand; in Jerusalem and in Tel Aviv, the two Israeli cities most sought after by foreign investors, there will be a small number of projects in the Mechir Lemishtaken program, so the effect on prices will be minimal. Additional cities with high demand among foreign investors are Netanya, where a total of 240 apartments will be built under the scheme and Ashkelon with 950 Mechir Lemishtaken apartments. In general, the supply of new homes demanded by foreign buyers will not be significantly affected by the scheme, and there will always be other options such as apartments that are rebuilt through urban renewal plans and alternatives on the second-hand market.

In any case, it seems that foreign investment in Israeli real estate decreased by 31% over the last year according to the Ministry of Finance, not necessarily because of Mechir Lemishtaken, but rather because of the Treasury’s tax reforms in June 2015 where the purchase tax for investors was raised, and also as a result of the strengthening of the Dollar which has made homes in Israel more expensive for foreign residents. 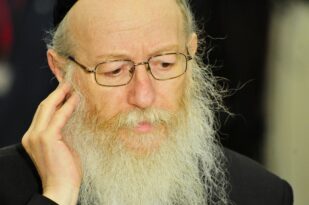 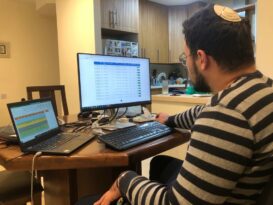