A few weeks ago, an old apartment building in Holon collapsed, leaving hundreds of Israelis living in similar buildings across the country asking themselves whether something like that could happen to them. Unfortunately, up until now, the State has completely neglected the critical issue of ​​building safety. However, the good news is that, with a few simple steps, you can make sure that your home is safe to live in. If your apartment building was built before 1990, this article is for you.

The collapse of a residential building in Holon immediately after Rosh Hashanah shocked the country and led to an uproar from the public regarding the government’s alleged neglect of the safety conditions of old buildings. Fortunately, in the incident in Holon, the Fire and Rescue Services had ordered the evacuation of the 16 families living in the building the day before it collapsed, saving the lives of dozens of people and preventing a major disaster.

However, this almost-catastrophe has left hundreds of thousands of people wondering if their homes in Israel may also be in great danger of collapsing. Tens of thousands of residential buildings, such as the one that collapsed in Holon, were built throughout the 1950s and 1960s all over the country and continue to stand to this day. Many of them have not undergone significant maintenance or reinforcement work over the years, nor have regular structural audits been conducted by engineers.

The collapse of the building in Holon sounded an alarm, waking up both the authorities and the public to the urgent need to examine the safety and stability of other buildings built during this time period. In the week following the collapse, there was a massive wave of evacuation orders throughout the country, with the authorities demanding that residents of buildings in Haifa, Kiryat Shemona, Hadera, and Rehovot immediately leave their homes to prevent the next disaster.

While building standards exist, they are not binding

So how can those living in apartments built decades ago protect themselves from a similar scenario and avoid a situation in which they may be forced to urgently evacuate their homes?

First of all, it is important to clarify which residential buildings are at risk of collapse. According to the Israel Association of Municipal Engineers, any building built more than thirty years ago should be inspected by an engineer every three to five years. Standard residential buildings are constructed to stand for only fifty years, so by the end of this period, apartments are considered to be at high risk, unless they have undergone considerable restoration, reinforcement, or renovation work during this time.

That being said, because it is unclear who is responsible for carrying out the regular structural audits, many citizens across the country are at risk. While the building safety standard states that buildings be inspected every few years, this is a voluntary suggestion not implemented by most municipalities. As a result, the current law neither requires structural audits nor states whether the homeowners or local authorities would be responsible for ensuring these checks take place.

Is your residential building more than thirty years old? Demand an inspection from the municipality

As of now, the Engineering Department of the municipality is authorized to carry out inspections for potential building hazards, but, these checks need only be carried out if the municipality receives a complaint from a concerned building owner who has noticed suspicious signs, such as cracks in the walls, fallen cladding tiles, and so on. However, the average citizen does not have the engineering expertise to be able to identify the signs that their building is in danger of collapsing.

Therefore, most professionals advise those that own apartment buildings of more than thirty years old to immediately contact their municipal engineering department to demand an inspection of the building structure, instead of waiting for any worrying signs to appear.

How to have your building privately inspected for safety

If the municipality does not respond to your request or is overwhelmed with a flood of inquiries on the matter, you can always hire a private professional to inspect your building for approximately NIS 5,000. The inspection must be carried out by a licensed civil engineer who has passed the required test from The Association of Engineers, Architects, and Graduates in Technological Sciences in Israel. During the inspection, the engineer will be able to identify any issues and advise homeowners on what work must be done in the residential building in order to meet safety standards and avoid collapse.

The costs of such repairs vary depending on the amount of work required, but as in many other areas, diagnosing the problem early reduces costs. On the other hand, in a residential building that has been neglected for a long time, acute problems can be discovered that will require hundreds of thousands of shekels to repair. In such case, the building committee has another option besides correcting the defects out of the tenants’ pockets, and that is to apply for an urban renewal route, in particular Tama 38, in which the contractor reinforces the existing structure, or completely destroys it and builds a new structure in its place, in exchange for building rights, additional apartments in the building and the proceeds from their sale. 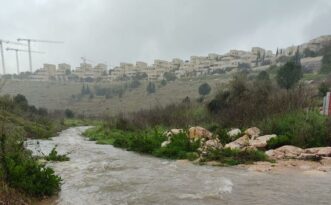