Set to cross the NIS 100 billion mark in 2021, the Israeli mortgage market is thoroughly enjoying the soaring real estate prices. However, the Bank of Israel and the Israel Competition Authority recently published dismal figures that paint a bleak picture of the industry, where most borrowers are unable to compare the prices offered by different banks and understand the terms of their loans. The Bank of Israel has initiated a consumer reform that will obligate banks to present borrowers with clear information in a uniform format that will make it far easier to compare between the various banks and understand the costs of each mortgage track. The new plan also seeks to significantly shorten the processing time for mortgage applications. Now, we just have to wait and see whether the three major banks that control 85% of the market will cooperate.

Taking a mortgage in Israel is the biggest financial commitment most Israelis make in their lives, one that is expected to accompany them for decades to come. Despite this fact, most people feel that the terms of their mortgage loans do not have their best interests in mind, to say the least. In fact, a significant portion of borrowers neither understand the terms of the loan at all nor do they really know what alternative options exist. In such a situation, it is almost impossible to even attempt to make an educated comparison between banks.

During a recent press conference, the Governor of the Bank of Israel, Amir Yaron, announced a series of measures that will help borrowers taking a mortgage in Israel in three ways: making the information more transparent and easier to compare, making the documentation simpler and easier to understand, and making the process more efficient. The Supervisor of Banks at the Bank of Israel, Yair Avidan, announced that he aims to implement the reforms by June 2022.

The sharp jump in Israel real estate prices has also led to an unprecedented boom in the mortgage market. Fearing continued rising housing prices in the near future, serious buyers are purchasing more apartments at higher prices. In the first ten months of 2021, the public took out NIS 93 billion in mortgages, compared to NIS 63 billion last year, indicating a 48% increase. The volume of loans also increased significantly, reaching an average of NIS 914,000 per household in September 2021, compared to NIS 763,000 in September 2020. This figure reflects a jump of 20%.

However, these enormous loans are coming out of a market characterized by a low level of transparency and competition. A study published by the Israel Competition Authority last January found that the three largest banks in the field – Mizrahi Tefahot, Hapoalim, and Leumi – control about 85% of the mortgage market. Moreover, these banks make no real effort to compete with each other. In fact, according to a database of about 100,000 mortgage loans taken out between 2015-2017, 56% of the borrowers taking a mortgage in Israel did not even receive more than one offer before signing on the terms of the loan.

So what specific reforms are included in the proposal?

First, the Bank of Israel aims to establish a uniform process through which all banks must grant Approvals in Principle (AIP). This refers to the bank’s initial statement to customers that they are willing to grant them a loan. From this point, the various banks compete for the customers’ hearts, money, and long-term commitment. According to the Bank of Israel, the current level of transparency in this process does not allow customers to conduct a thorough “market survey.”

According to the proposed reform, all AIPs will include the same information, with three uniform baskets, the composition of which will be determined by the Bank of Israel.  “This information will increase the level of transparency in the mortgage transaction and help the borrower better understand the obligations inherent in the various offers he will receive,” the bank said in a statement. “The information will be based on uniform calculation methods and will be made accessible in the same way by all banks in order to empower the borrowers and give them more leverage throughout the market survey and comparison process with the various banks.”

As part of the AIP, all banks will have to indicate three key figures for each of the three mortgage routes. These three figures will be uniform across all banks, in accordance with the Bank of Israel’s forecasts for interest rates and the Consumer Price Index (CPI):

These three figures will give people taking a mortgage in Israel as clear a picture as possible of the monthly repayments and the total amount they are likely to pay throughout the duration of the mortgage. The information provided will also make it easier for borrowers to compare offers from different banks, in particular in cases where different mortgage routes and repayment periods are considered.

The reform also aims to streamline the mortgage process and reduce bureaucracy. For example, today it can take more than two weeks from the time someone submits an application for an AIP to when approval is granted by the bank. The new proposal will limit this step to less than a week, as well as allow people to easily submit an application and obtain approval online.

Leading mortgage banks are expected to resist the proposal

Reactions to the reforms in taking a mortgage in Israel in the economic press have been largely positive. However, some industry professionals suspect that the Bank of Israel may lack the power to impose these changes on the three leading banks, which benefit from the current situation and will probably do all they can to make it difficult to implement any changes. Either way, it seems that after many years of neglect and a lack of sufficient public understanding of the product offered by the mortgage banks, the Bank of Israel has decided to initiate a serious move to change the situation. If they succeed, the Israeli public will have reason to celebrate. 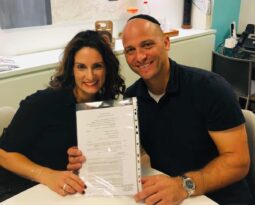