The Green Building Standard has existed in Israel for 15 years but, until now, it has been non-compulsory. In 2013, several wealthy cities in central Israel began obligating building contractors to adopt green standards and regulations. Last week, the Interior Minister signed the official standard, and within a year and a half green building in Israel is expected to become obligatory in all cities. Today, there are some 1,000 “green buildings”, almost all in the central area.

In year and a half, Israeli contractors will be required to build in accordance with standards for green building in Israel. This was after Israeli Interior Minister Aryeh Deri, who is in charge of the planning system, signed the standard at the end of August. In doing so, the standard, which until now has been non-compulsory, is expected to become a binding standard for anyone who seeks to build a new structure in Israel. The standard is expected to take effect in March 2021, and green building in Israel will become obligatory from March 2022.

The standard for green building in Israel is designed to mitigate the negative effects – both of the construction process and the use of buildings – on the natural environment and on human health by efficiently using energy, water, and other resources; protecting occupant health and improving employee; and reducing waste, pollution, and environmental degradation.

The standard offers a definition of green building in Israeli terms and explains the minimum levels of efficiency that a building must meet in order to be declared a green building. The nine areas addressed in the standard are:

Each of these areas has a wide range of requirements and, depending on the compliance of the building, is rated in stars – one star for meeting the basic requirements, and up to five stars for excellence. The standard applies to most types of buildings in Israel under new construction (residential, offices, commerce, public, education, health, etc.) as well asexisting buildings that undergo renovation.

The standard green building in Israel was first launched by the Standards Institution of Israel in 2005 and has since been amended several times. However, as far as the State is concerned, the standard has, thus far, not been enforced, leading to very few contractors adopting it.  Those developers who have built according to the standard, have done so primarily for the purpose of marketing, brand their projects as “green”, “energy-efficient” and employing “advanced technology”.

In 2013, there was a significant turning point, when the management of the 15th Forum – the authoritative organization that binds all economically independent municipalities in Israel (i.e. not dependent upon government grants) – decided that buildings built within the area of the organization’s member authorities would be constructed according to the green building standard. This decision also determined the introduction of the standard to take effect gradually and did not include all structures. Since implemented, the number of buildings built according to the Green Standard in Israel has increased significantly.

However, this decision also resulted in a negative effect and is increasing the gap between the rich center and the poor periphery – even in the field of environmental protection. Almost all members of the 15th Forum are wealthier cities in the central part of the country. Therefore, while there are currently around a thousand buildings in Israel that match the green building standard, according to the Ministry of Environmental Protection, only one such building exists in Beersheba – one of the largest cities in Israel, located in the Negev, in the south of the country.

Interior Minister, Aryeh Deri, said following the standard’s approval that “this is real news for the people of Israel. The new regulations will contribute to raising the quality of construction in Israel and reducing disparities between the cities in the center and the periphery. In addition, beyond energy-savings, the regulations will contribute greatly to reducing greenhouse gas emissions and thus increasing the quality of life of the residents”.

Environment Minister, Gila Gamliel said: “This is an environmental revolution, joining local and international efforts to protect the environment. A building constructed today will stand for 50 to 100 years. Tel Aviv and Ra’anana are already building economic and efficient buildings, and from today so wil Tirat HaCarmel, Maalat and Sakhnin.”

Dalit Silber, Director General of the Planning Administration, said: ” The duty of green building in Israel is one step from a series of moves the Planning Administration is promoting in light of climate change. Adopting green building standards can lead to savings of approximately 20-30% in buildings, reduce greenhouse gas emissions in cities, and reduce the need for expensive and complex energy infrastructure.” 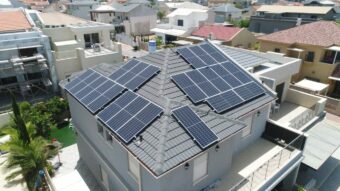