Just days after a new plan for subsidized housing in Israel was approved, Minister of Construction and Housing, Jacob Litzman has resigned, leaving behind a confused housing market. The reason: a protest against a closure decided by the government as part of the fight against Coronavirus. Analysts say that the resignation will not influence the housing policy that has recently taken lead, which involves the cancellation of subsidized housing in Israel in high demand areas in the center of the country.

Just four months after he took office, and a few days after the approval of a new housing plan that he initiated for subsidized housing in Israel, Minister of Construction and Housing, Jacob Litzman has resigned. Litzman informed Prime Minister Benjamin Netanyahu of his resignation on Sunday, which will take effect within 48 hours,  i.e. on Tuesday. The reason for the resignation: the government’s decision to impose a three-week lockdown, which will continue throughout the holidays of Tishrei, from Rosh Hashana through the end of the Sukkot holiday, as part of the fight against the Coronavirus. In his resignation letter, Litzman – a representative of the Ultra-Orthodox United Torah Judaism party and a Ger Hassid – criticized the decision he said would prevent the public from praying in synagogues.

Litzman’s resignation comes at a rather strange time, just five days after the Israel Land Council –  Israel’s land policy body – approved the new discounted housing plan that he initiated, which was intended to enable the purchase of discounted apartments primarily on Israel’s periphery and which was aimed mainly toward middle-class buyers. Many interpreted this program as one designed to help ultra-Orthodox buyers who in recent years have increasingly moved to the periphery.

This plan is supposed to replace “Mechir L’Mishtaken” – the discounted housing program that has operated for the past five years, which allowed first-time buyers (primarily middle and upper-middle-class) to purchase discounted apartments throughout the country, including the expensive, high-demand areas, sometimes at a discount of NIS 1 million. Over the past five years, “Mechir L’Mishtaken” has involved the construction of tens of thousands of subsidized apartments in Israel and has had a significant impact on the market.

Israel to be divided into Luxury, Demand and Periphery areas

According to the Litzman plan for subsidized housing in Israel approved last week by the Israel Land Council, Israel will be divided into three areas: Luxury, Demand, and Periphery. “Luxury” is defined in any area where the average price for a residential building is more than NIS 22,000 per square meter (or NIS 25,700 including VAT).  This includes areas such as Tel Aviv, Herzliya, Givatayim, Ramat Gan, and Ramat Hasharon, as well as Israel’s capital, Jerusalem.

In these areas, the state will cease to provide any subsidies to purchasers. For tenders, published by the State, for the purchase of residential land in these areas, the highest bidders will win the land, and there will be no price restrictions on contractors. Past experience shows that this type of policy is expected to result in price surges in the center of the country, as demand always outweighs supply.

“Demand” areas include the second and third circle cities around the central area and includes, Modi’in, Rehovot, Yavne, Gedera, Ashdod, Netanya, and Hadera. In these areas, the State will continue to operate two types of land tenders aimed at lowering apartment costs for first-apartment buyers.  Under one method, the State will pre-determine the price of the land, while the contractors will compete for the lowest price, per square meter for a built apartment, of the purchaser. Under another approved method, the price that the purchaser pays per square meter of a built apartment will be determined in advance, and the contractors will compete on the highest price paid for the land under this limit.

“Periphery” areas will include the more remote cities from the center of the country, such as Ashkelon, Beer-Sheva, Ofakim, Karmiel, and Tiberias.  The same tender methods will be applied, in addition to the subsidizing of development expenses.

It should be noted that although the various methods for selling the land to contractors have already been approved by the government, it is still unclear what discounts Litzman’s plan will give to first-time buyers. What is clear, however, is that these discounts will be lower than they were in the original subsidized housing plan in Israel, Mechir L’Mishtaken. To date, the Knesset has not approved the 2020 state budget, and until that happens, the program is lacking a budget source. Unless a significant amount is approved, only a small number of homes could be discounted through this plan.

Now that Litzman has resigned, the question arises of what will become of the new plan for affordable housing in Israel. For now, most estimate that no real change in housing policy is expected for a number of reasons: Firstly, the director-general of the Ministry of Housing Yair Pence, who formulated the new housing plan, remains in position. Secondly, Litzman’s resignation was made as a personal move on his part. He did not do so with the backing of the “Torah Judaism” party, which is still one of the coalition parties. This means that the housing and construction portfolio is reserved for the party, and whoever replaces Litzman’s will come from within the same party and continue to promote the interests of the Ultra-Orthodox. 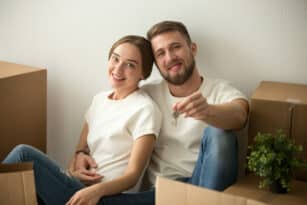 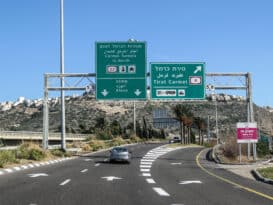