The city of Ramle, located in central Israel, suffered for many years from a poor reputation which drove away quality residents and investors. In recent years, that trend has begun to change with the construction of thousands of new apartments which have attracted a different population. The city also has a large supply of apartments that are suitable for real estate investment at a far more reasonable price than other cities in the center of the country.

Until recently, Ramle real estate was not on the radar. Following many years of rising prices in the Israeli housing market, the consensus among investors was that investment properties at attractive prices could be found mainly in the periphery, in cities such as Beer Sheva, Haifa, or Kiryat Shmona. It was generally accepted that the center had become too expensive to find bargains.

However, many of these investors overlooked the newest attraction in the residential market – the city of Ramle. Ramle, which was established as far back as the 8th century, is superbly situated in a central location – 20 minutes travel time from Tel-Aviv, close to Highway 1 to Jerusalem, and in the middle of the Trans-Israel Highway (Route 6) which crosses the country from the Galilee in the North to the Negev in the South.

The city offers a large supply of old three-room apartments for purchase at prices in the range of 0.9-1.0 million NIS. These can be rented for around 3,000 NIS a month, resulting in a yield of 4% (gross), which is considered high for the Israel real estate rental market.  In Haifa and Beer Sheva, which are considered the “traditional” cities for investors, there are still apartments available in the range of 0.6-0.7 million NIS, but Ramle retains a significant advantage due to its location.

A mixed Jewish-Arab city in the center of the county

There is a reason for the low real estate prices in Ramle: The city has long been considered one of the weakest cities in the central region from a social-economic viewpoint, mainly due to historical factors. Until 1948, Ramle was an Arab city, but during the War of lndependence most of its population fled and only a small minority returned to the city.

The Arab population was replaced by Jewish immigrants, who were settled in the city by the government. The city continued to absorb further waves of immigrants, mainly from Arab countries, who were housed in thousands of units in housing project (“shikun”) blocks that were hastily constructed in the 1950s and ’60s. Ramle quickly turned into a city with major social problems, including poverty, crime, and Jewish-Arab tensions. As a result, investors also deserted the city for many years.

However, in the last decade, many significant changes have taken place in Ramle, which have now led to its “discovery” by real estate investors. Most important is the fact that the city has become one of the main sites for new residential construction in the central region. Several new neighborhoods have been built which together comprise thousands of new apartments.

Whereas in the early days of the state Ramle was characterized by basic and cheap construction, the modern new neighborhoods have large apartments with high specification levels. These apartments appeal to middle class purchasers, young couples from the surrounding towns – Rishon Lezion, Nes Ziona and Rehovot – who can afford larger and spacious apartments in Ramle at more attractive prices.

According to data recently published by the Central Bureau of Statistics, Ramle was one of the cities with the highest number of real estate sales over the last few months. Between November 2020 and January 2021, 407 apartments were sold in the city – a rate of more than 135 apartments per month. Currently, after several years of price increases, the average price of a 4-room apartment in the “Kiryat Ha’amanim” neighborhood is around 1.6-1.7 million NIS, and the price of a new 5-room apartment is around 1.9 – 2 million NIS.

The wave of new construction has inevitably had an impact on the whole city, including the stock of old apartments. In terms of the old housing project neighborhoods, it should be noted that the government has plans for wide-scale urban renewal projects, which will include demolition of almost all the existing apartment blocks and replacing them with new residential towers. However, these plans have already been promoted for a number of years, and it is still not clear when, if ever, they will actually be implemented.

Impact of the Metro on real estate in Ramle

Another element that has increased interest in Ramle, is its location on the Metro rail routes currently planned to cover the whole Gush Dan region. One of the largest real estate appraisal companies in Israel recently published a survey which showed that all the “second-tier” cities surrounding Tel-Aviv, among them Ramle, can expect to see a significant rise, possibly up to 20%, in property values, due to the project to connect them with Tel-Aviv and central Gush Dan via the Metro network.

Ramle is planned to be the southern terminus station on the M1 line of the Metro network, which will run from Ramle via Be’er Yaakov, Holon, Tel-Aviv, and Herzliya, to Ra’anana at its northern end.

The Metro plans are still on paper, and it will be many years before they are fully implemented. However, it seems that even without the Metro, the city of Ramle, which for years had one of the worst reputations in Israel, is headed in the right direction. The changing trends in the population mix will continue to be driven by further real estate development, leading Ramle to become a middle-class quality city. If the government succeeds in implementing its plans for massive urban renewal, as discussed in the last few years – that will be a real revolution. 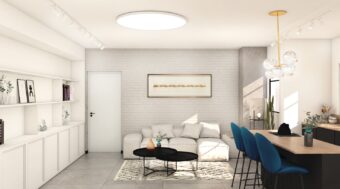 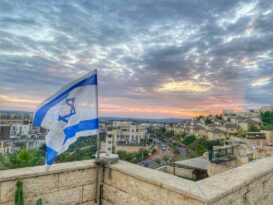 Investment Insights Why buy a home in Israel? 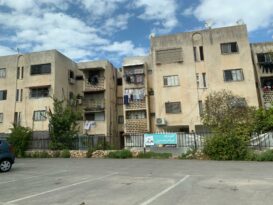 Investment Insights Coexistence put to the test: How will the recent riots affect real estate in mixed Jewish-Arab cities? 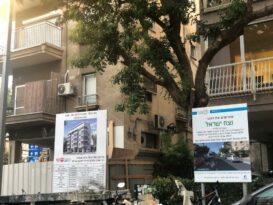 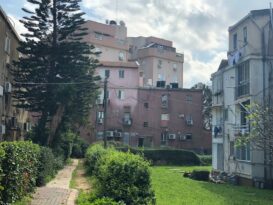 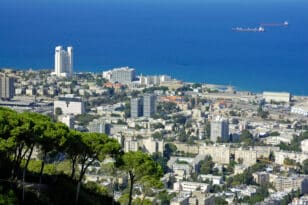 Investment Insights Real estate investment in Israel: Where is the best place to buy property in Israel?
Trending
Advertisement