The Golan Heights is one of the most beloved regions in Israel – but mainly for getaways and hiking trips, as few Israelis would consider establishing their homes there. Today, the area has a population of 53,000 residents, only half of whom are Jewish. A new development plan presented by the Israeli government aims to increase the population of northern Israel by tens of thousands of residents. As part of the plan, the first tender for the construction of 1,600 apartments has already been announced. Is now the time to invest in the Golan?

When Israel’s short winter season arrives each year, Mount Hermon, located in the northern Golan Heights, briefly becomes the most exciting tourist attraction in the country, with long convoys of cars crawling through hours of traffic to enjoy a bit of snow. For the vast majority of Israelis, the Golan Heights is considered, first and foremost, a destination for trips and vacations. Along with the excitement of snow in the winter, visitors flock north during the summer months to enjoy beautiful nature and rushing rivers that give locals a taste of Europe without needing to leave the country. The region also holds great historic significance, home to battlefields that tell heroic military stories from both the Roman era and modern times.

That being said, very few people think of the Golan Heights as a suitable area to live and build their future, for many understandable reasons: like most areas in the remote periphery, the Golan Heights suffers from insufficient infrastructure and a lack of quality employment opportunities. However, the government has made a commitment to change this reality through an investment plan worth about one billion shekels, which was approved in the last days of 2021. The main goal of the plan is to significantly increase the population of the Golan Heights.

Today, 53,000 people live in the Golan, of whom 27,000 are Jews, 24,000 are Druze and the rest are Alawites. The largest Jewish municipality in the area is the Katzrin Regional Council, which has about 8,000 residents. An additional 19,000 people live in the Golan Regional Council, which includes 31 rural areas – kibbutzim, moshavim, and community settlements. Over the next decade, the plan aims to build another 3,300 housing units in Katzrin and about 4,000 in the settlements of the Golan Regional Council in order to increase the Jewish population of the Golan by an additional 23,000 residents. According to the plan, the Israel Land Authority and the Ministry of Finance will also consider the establishment of two new rural settlements in the Golan Heights, each of which will become home to 2,000 residents.

As a statement of intent, immediately following the announcement of the plan, the Israel Land Authority issued a tender for the construction of a new neighborhood of 1,560 apartments in Katzrin – a huge number of housing units that would increase the municipality’s population by more than 50%. According to the terms of the tender, the new neighborhood will include apartment buildings and detached houses, as well as areas designated for tourism and commerce. But despite the beautiful picture pained by the tender, it is clear to everyone that the reality on the ground is not simple; without massive investments from the government, no entrepreneur would consider submitting a bit on a tender of this magnitude.

The plan also includes the establishment of a special planning and construction committee that will focus on ensuring that the development is carried out as rapidly as possible and that the establishment of the two new settlements goes ahead according to plan. This aspect of the plan has been condemned by a number of environmental organizations, most notably The Society for the Protection of Nature in Israel (SPNI), who are concerned that the committee will permit accelerated development at the expense of proper planning procedures.

Real estate prices in Katzrin in the Golan are currently significantly cheaper than the national average, standing at about NIS 900,000 for a four-room apartment and NIS 1.3 million for a detached home built on a plot of 300 square meters. Admittedly, the relatively low apartment prices indicate a low demand for housing, which may deter investors. However, an in-depth analysis of the data indicates that those who bought apartments in Katzrin in the last few years did not make a bad deal. Over the past decade, from 2012 to the present, the average property value in the city has doubled – from an average of half a million shekels to an average of one million today. During this period, real estate prices rose by only 60-70% in the rest of the country.

Not only that, but the yield from the rent of real estate in the Golan is relatively high. For a 3-room apartment with an area of 70 square meters, which costs about NIS 750,000 to purchase, the monthly rent of NIS 2,500 can be collected, which reflects an annual return of 4%. Today, such yields on residential Israel real estate are not easy to find.

This shows that even previous investing in real estate in the Golan was not a bad investment. But if the government’s ambitious plans to develop the Golan and make it an attractive residential destination are realized, an investment in the area today may turn out to be rather lucrative. 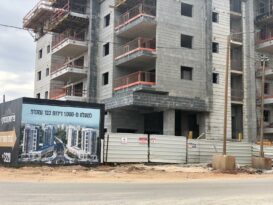 Market News After a drop in the number of transactions, why are home prices continuing to rise? 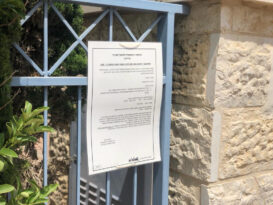