A new bill seeks to cease linking the entire purchase price of a new apartment to the Construction Price Index.  Until now, this linkage had the potential to increase the amount that buyers of new homes have to pay by tens of thousands of shekels. Instead, the government has proposed that only construction costs, which constitute a small portion of the price of an apartment, will be linked. This is good news for buyers, especially since construction costs have increased in the past year by close to 6%.

A new bill currently being advanced by the government is expected to save those purchasing a new home in Israel tens of thousands of shekels. According to the proposal, approved last week by the Ministerial Committee for Legislative Affairs, there would be a change in the way in which the price of new apartments is linked to the Construction Cost Index, which would significantly reduce the amounts payable.

Currently, the total amount owed for a new apartment is linked to the Construction Cost Index. According to the new bill, the only component that will be linked to the index is the cost of construction, which excludes the cost of land, entrepreneurial profit, and taxation, which collectively constitute the majority of the apartment price. The bill was submitted by the Chairman of the Finance Committee, MK Alex Kushner (Yisrael Beiteinu), after a few weeks earlier, opposition MK Bezalel Smotrich submitted a similar bill which received extensive support in the Knesset. The approval of the proposal in the committee was made after the Minister of Construction and Housing, Zeev Elkin, gave his support.

The Construction Cost Index for residential Israel real estate, provided by the Central Bureau of Statistics, measures the changes that occur over time in construction-related expenses. The two main parameters that affect the index are the cost of building materials and the cost of labor. In the past two years, in which there have been severe disruptions in the movements of workers and goods as a result of Covid-19, there has been a significant increase in these two parameters. According to the latest Index published on 15 February, there was an annual increase of 5.8 percent in construction costs (January 2022 contrasted with January 2021).

This increase is particularly bad news for those that have already purchased a new home in Israel and have watched the high prices that they initially agreed to pay, continue to rise further even after the transaction was signed, increasing their outstanding dues by tens of thousands of shekels. In this context, it should be noted that most new apartments in Israel are sold “on paper” or “off-plan” at an early stage in the construction process, close to the date of the issuance of building permits, which heightens the purchaser’s exposure.

For example, an apartment sold for NIS 2 million approximately two years before occupancy, and for which payments are divided into three equal payments – 1) at the time of signing; 2) a year later; and 3) at possession, the linkage to the Construction Cost Index will increase the final amount paid by around NIS 80,000 (assuming an annual increase of 4%).

According to those that proposed the new law, as well as the Ministry of Housing, the current arrangement is unfair because the builder links the full price of the apartment to the Construction Cost Index, while the price paid for the land, which can account for most of the purchase price, especially in areas of high demand, has already been paid in full and therefore should not be linked to a change in costs. Thus, according to the new proposal, the construction component linked to the Index will be determined by a fixed price of NIS 5,500 per square meter.

For example, in a 100 square meter apartment, the amount that can be linked to the index, the construction component, will not exceed NIS 550,000. This translates into significant savings for those purchasing a new home in Israel and more confidence about the final price of the apartment.

However, it is important to note that the initial wording of the law is expected to undergo various modifications. For example, according to estimates in the economic press, the key determining the value of NIS 5,500 per square meter on which the linkage is applied, is expected to be higher and to increase with time.

Among those who regard the new legislation with disfavor are developers and entrepreneurs, whose profits are likely to be jeopardized. Following the decision of the Ministerial Committee for Legislation, the Contractors Association issued a statement of disapproval. However, given the challenging current political situation, it is not a foregone conclusion that the legislation will be passed any time soon. 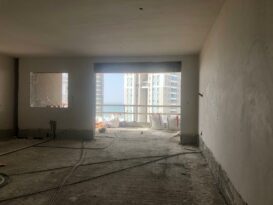