Against the background of the general housing crisis, the shortage of housing for the ultra-Orthodox public is intensified by high fertility rates, low-income levels and the need for homogeneous housing complexes. The city of Kasif, planned in the south of the country for this sector, is considered by many to be a bad solution, but it is not certain that there are any better options.

The plan for the construction of a new Haredi neighborhood in Atarot in East Jerusalem brings up for discussion one of the biggest challenges of the housing market in Israel, and that is the sufficient supply of housing for the ultra-Orthodox sector. At this stage, it is not whether the plan to build 9,000 apartments in the area of the old Jerusalem airport will actually materialize, but what is clear is that one way or another, over the next 20 years, the state will have to find solutions for the construction of twenty-two times the number of housing units in the same neighborhood. In total, the ultra-Orthodox public will require approximately 200,000 new apartments in Israel, over the next twenty years. The Haredi housing issue is now considered to be one of the more urgent and complex challenges faced by the Israeli government in the field of housing.

But the first question raised is why is there even a need to formulate a special housing policy for Haredim, distinct from the general housing policy in Israel? After all, the housing shortage that has characterized Israel over the past 15 years, characterized by inadequate supply and rising prices, is shared by all sectors. However, the unique characteristics of the ultra-Orthodox population, which include a particularly high rate of fertility, a low level of income per household, and a strong need for homogeneous complexes, warrants separate reference to formulating a housing policy for this sector.

Take Beit Shemesh, for example, considered the third most desirable destination, after Jerusalem and Bnei Brak, for the ultra-Orthodox in Israel. Historically, the city was characterized by a largely traditional, Sefardi population, with almost no Haredim. Beginning in the mid-1990s, modern orthodox people began to move to the city, many from the United States and the UK.  However, at that time, the city started to become popular among the ultra-Orthodox population, who could not find sufficient housing solutions in Jerusalem and migrated to Bet Shemesh, where apartment prices, at the time, were very attractive. Within 20 years, more than half of the city’s population became ultra-Orthodox, with many of the original inhabitants no longer finding their place there. During the process, clashes broke out, almost on a daily basis, between the ultra-Orthodox population and the national-religious residents over the formers’ behavior in the public sphere, specifically the segregation between men and women on the streets, on public buses and in stores, and the requirement for all women to dress modestly in their neighborhoods.

In recent years, however, under the leadership of national-religious Mayor Aliza Bloch, the winds in Beit Shemesh have calmed down and the various sections of the city’s population seem to be in harmony. The municipality and the Ministry of Housing have also learned lessons and are taking care of large-scale construction for all facets of the population – but in separate areas. For example, each of the two new large neighborhoods currently being built in the city was designated for each of the types: Ramat Beit Shemesh Dalet providing apartments for the ultra-Orthodox population; and Ramat Beit Shemesh Hey building for the non-Haredi population.

The uncontrolled manner in which Beit Shemesh became “Harederized” was considered an unsuccessful model for settling the ultra-Orthodox population, mainly due to a large number of conflicts that resulted and the unrest among the local residents. Similar phenomena, albeit on a smaller scale, could be seen in the past twenty years in Arad, Tiberias, Kiryat Gat, Ashdod, and the Hadar neighborhood in Haifa. In those cases, although the cities did not become majority Haredi, only some of their (cheaper) neighborhoods, the process also involved confrontations with the old population.

The Beit Shemesh model serves as a learning curve for the Ministry of Construction and Housing, which strives to create approved and planned housing solutions. As seen, when trying to transplant a large ultra-Orthodox population into an existing non-Haredi area, they face a number of problems.  From strong disapproval from non-Haredi mayors and residents opposed to increasing the Haredi population in their cities, to legal issues with the allocation of public land to one specific sector.

An optimal solution for Haredi housing

A few years ago, the Ministry of Housing published a policy paper on dealing with the housing shortage in the ultra-Orthodox sector. According to the document, the optimal solution is to resettle ultra-Orthodox residents in distinct neighborhoods in non-Haredi cities, but at a maximum rate of 15%, that would not significantly change the nature of a non-Haredi city. A successful example for this model is the city of Ashdod where Haredim make up exactly 15% of a relatively strong and wealthy city.

The rationale for building apartments in ultra-Orthodox neighborhoods in cities with a non-Haredi population is mainly economic. In view of the high natural growth rate of the ultra-Orthodox population, it is essential that this sector’s participation in the workforce increases, otherwise in twenty years from now, the Israeli economy is at risk of collapse.

In reality, however, this solution is very difficult to implement and is opposed by almost all parties –  residents of non-Haredi cities who fear “Haredization”, and the Haredim themselves who almost always prefer to live in completely ultra-Orthodox areas. Thus, in the short term, the state is trying to increase construction of apartments in the existing ultra-Orthodox centers  –  Jerusalem, Bnei Brak, Elad, Modiin Illit, and Beitar Illit, while in parallel they are also examining options for building new cities intended exclusively for the ultra-Orthodox public.

The possibility of establishing two additional cities for the ultra-Orthodox public is currently being carefully considered. One such city is Shafir, in the northern Negev, near Kiryat Gat, and the other is Kasif, in the eastern Negev, near the city of Arad. Each of the two cities is initially planned to include about 10,000 apartments absorbing around 50,000 residents.

While Shafir is considered an attractive housing solution for the ultra-Orthodox population due to its relative proximity to the demand areas and middle-class cities such as Kiryat Gat and Ashkelon, Kasif’s plan has been highly criticized. It is in a remote location, with few employment opportunities, that could become a “poverty trap” for an already poor population. Unfortunately, however, the state does not seem to have any better alternatives today. 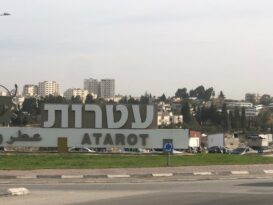