A recent analysis found that the vast majority of urban renewal projects in Israel are planned and implemented only in the center of the country — in Tel Aviv and its neighboring cities, where land values justify undertaking such projects. The city expected to have the most extensive urban renewal is Bat Yam, which is characterized by dense construction and a relatively low socio-economic demographic. Close to 6,000 urban renewal apartments will be constructed in Bat Yam over the next few years.

This is the second article in a series on urban renewal in Israel.

During the past decade, the amount of urban renewal has consistently increased and constitutes approximately 20% of all residential construction currently underway in Israel. However, these projects are not spread evenly throughout the country. Based on data recently published by the “Madlan” real estate information website, four out of the five cities which currently have the highest number of renewal projects underway, are in the Gush Dan area (Greater Tel Aviv). This is the densest urbanized area in the center of Israel, and includes Tel Aviv and its neighboring cities.

The Madlan analysis gathered data relating to the number of apartments in urban renewal projects which received building permits during the period 2017-2020.  The data includes both projects on the “pinui-binui” (“evacuation–construction”) track, which involves the demolition of a whole complex of buildings and construction of a new complex in its place, and also projects on the “Tama 38” track, where each project is undertaken on a single building.

The following five cities are expected to have the most extensive urban renewal construction:

Tel Aviv’s southern neighbor, Bat Yam, currently has the largest number of projects being promoted. Despite its attractive location, Bat Yam, which enjoys a wide stretch of seafront along the Mediterranean Sea, has for many years suffered from a negative image. This is due to the low socio-economic status of its population and the prevalence of old, neglected “shikun” (housing project) apartment blocks. The massive urban renewal projects planned for the city are aimed at altering this picture.

Although today Bat Yam is still considered to be the weakest city in the Gush Dan area, most experts believe that Bat Yam has a rosy future. The light rail line which is supposed to begin operating in 2022 (the Red Line), will connect the city directly to the center of Tel Aviv, and will cut travel time from Bat Yam to only 15 minutes. In addition, the government plans to unify Bat Yam with Tel Aviv in 2023 – which, if it comes to fruition, is expected to lead to a meteoric increase in property values and a sharp rise in the level of services.

Second place is held by another neighbor of Tel Aviv, this time to the east. Since urban renewal processes began to gain momentum in Israel about a decade ago, Ramat Gan has been the most prominent city, in this regard. While other cities took a cautious or more hesitant approach to the issue, Ramat Gan stood out for years as the “Capital of Tama 38”, approving tens of projects annually.

Criticism of this municipal policy was quick to come, mainly from residents who felt that traffic congestion in the city had gone from bad to worse. In 2018, Carmel Shama Hacohen was elected as mayor with a promise to limit further construction in the city. Since his election, the city has in fact taken a much more conservative approach to Tama 38 and urban renewal projects in general.

Next in line is the sole representative from outside of the Gush Dan area – Ashdod, located on the Southern coastal plain. Ashdod has a very diverse population, with newer, extensive, middle and upper-middle class areas, while at the same time there remain many neighborhoods of old “shikun” apartment blocks. Most of the projects currently being promoted in the city are located in either the “sixth district” (“Rova Vav”) – a neighborhood of old apartment blocks in the east of the city with a low socio-economic demographic, with many ultra-orthodox (Haredi) residents; or in the “first district” (“Rova Aleph”), which was Ashdod’s original neighborhood.

While Bat Yam is the weakest city in the Gush Dan region in terms of socio-economic status, Kiryat Ono, which is located east of Ramat Gan and south of Givat Shmuel, is one of the most affluent cities in the region. However, it still has predominantly old construction and developers show great interest in this small city (slightly above 40,000 residents), which currently has the highest ratio of projects to residents.

Naturally, the list of cities would not be complete without Israel’s second-largest city, with the most expensive housing prices in the country – Tel Aviv. However, in relation to its size (approximately 470,000 residents), the number of urban renewal projects in Tel Aviv remains rather modest.

According to Tal Kopel, deputy CEO at Madlan: “When analyzing the map of urban renewal in Israel in upcoming years, there is one clear and undisputed queen – the city of Bat Yam, which is expected to undergo a real transformation. This should certainly attract new residents to the city and help it realize its full potential.” 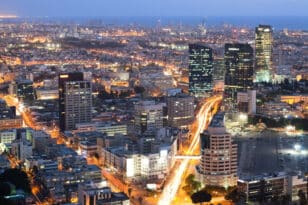 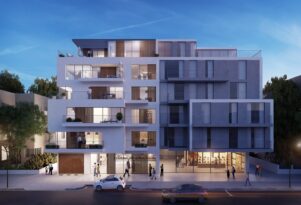 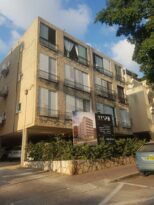 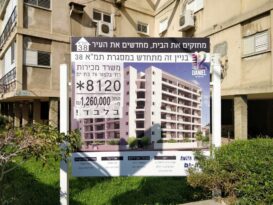 Housing Policy 16 years after approving a special plan to protect homes from earthquakes — Is Israel prepared for an earthquake?
Trending
Advertisement