To this day, buying an apartment in Israel is considered a basic rite of passage for most Israeli families. However, steadily rising real estate prices have made purchasing property very difficult, if not impossible, for many, rapidly changing Israel’s housing culture. Real estate developers who have caught on to the changing trend are storming the long-term rental market – and even enjoying tax benefits from the State.

At the beginning of December, Shikun & Binui, the largest residential real estate company in Israel, won a government tender to build 324 long-term rental apartments in a new luxury neighborhood in north Tel Aviv. The company will pay the Israel Land Authority NIS 830 million for the land, the former site of the Sde Dov domestic airport, which works out to more than NIS 2.5 million worth of land per apartment. This is almost as much as the company would pay if it were developing a regular project with apartments for sale. Three weeks earlier, another real estate company, Guy & Doron Levy, won a tender for the construction of a rental project for 116 apartments in Ramat Hasharon at a similar price of NIS 2.4 million worth of land per apartment. Will this pattern help solve the Israeli housing crisis?

Until two years ago, spending this much on a long-term rental project was considered an act of total madness. In contrast to the United States and some European countries, in Israel, up until now, there have not been residential complexes designated for long-term rental that were owned by corporations. The vast majority of rental apartments have always belonged to private investors. The residential rental market was generally considered unprofitable, and as such, real estate developers paid it almost no attention. The few rental construction tenders published by the State through the Dira Lehaskir company, which is active in this field, received a relatively low number of interested bidders.

In general, one of the axioms of the Israel real estate industry is that “Israelis own their own apartments.” While renting has always been acceptable for students and young people, as Israelis grow up, get married, and think about starting a family, it has generally been expected that young couples will purchase their own apartment.

However, in 2021, as the Israeli housing crisis has intensified, there has been a sharp change in the trend in Israel real estate. Not only were there many real estate tenders for long-term rental projects, but they gained the interest of the largest companies in the industry. By the end of the year, tenders are expected to close for 5,000 apartments – a jump of hundreds of percent compared to previous years.

Such deals have become much more popular, and are being reported in the economic press on an almost weekly basis. Among the prominent companies operating in the field are Gindi Holdings, Mivneh, Hanan Moore, and others, each of which purchased several hundred apartments this year for rental purposes. In addition to these companies, there are also two residential REIT funds that have gotten involved in the field – Magorit and Azorim Living, both of which are part of the large real estate group, Azorim.

So, what changed in the field of Israel real estate?

How did a field that was considered unattractive and unprofitable become the fastest growing area of ​​the real estate industry in 2021? From conversations with industry experts, it appears this change emerged from a combination of several factors. One of the reasons mentioned, again and again, is the pandemic. As you may recall, COVID caused significant upheaval in the business and commercial sectors of the real estate market, which were traditionally considered far more profitable. Consequently, developers turned their attention to more solid investments at a lower level of risk – such as the rental housing sector.

Furthermore, Israel recently made an amendment to the Encouragement of Capital Investments Law, granting tax benefits to companies that provide long-term rental complexes. Ironically, the amendment actually reduces the value of the benefit, but it gives companies a transition period during which they can still cash in on the previous, more profitable law until the new one comes into effect. This is not expected to occur until the end of 2023. Consequently, companies that are interested in the increased benefits have a limited window of opportunity to start new projects, which encourages them to act fast.

However, above all, it seems that the housing industry is finally internalizing the fact that almost 13 consecutive years of rising apartment prices will inevitably lead to a significant change in Israel’s housing culture. As the Israeli housing crisis continues gaining momentum, fewer people will be able to afford to buy their own homes, and the market will naturally be based more on rentals and less on ownership. If in the past affordable prices and attractive mortgages made it possible to buy apartments even for low-income earners, then today the prospect of owning an apartment, especially in the center of the country, is becoming less realistic even for the middle class.

“All indications are that the future of the residential real estate market is in long-term leases,” says a residential developer, who has so far built apartments for sale and now says he intends to set up a first rental project. The increase in prices and the huge salaries required today to purchase an apartment makes this move unrealistic for a growing number of households. A long-term lease for a period of 5 or 10 years is a suitable alternative to owner-occupied housing.”

If the forecast described by the developer is accurate, then in a decade from now, the Israeli housing crisis will force Israelis into a market that is very much reminiscent of the American market, where long-term rentals in “multi-family” complexes are acceptable. This will also put an end to one of the most prominent characteristics of the Israeli household – a privately-owned home. 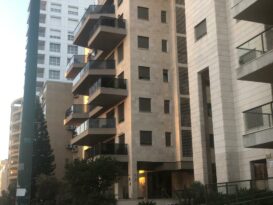 Market News Positive signs in the Israeli housing market: slight increase in prices and record number of transactions in June 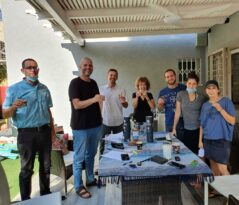 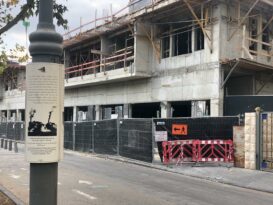 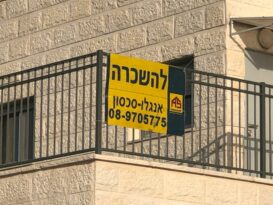