The Covid crisis has affected the luxury property market in Israel, leading to a significant decrease in the number of homes purchased for more than NIS 10 million in the three main luxury locations in the country: Tel Aviv, Jerusalem, and Herzliya. However, the two most expensive homes in Israel’s history were also bought in 2020 – by billionaires Sheldon Adelson and Roman Abramovich.

Surprisingly, the severe economic crisis brought on by the pandemic has barely affected the Israel real estate market, with a similar number of total transactions in the residential arena in 2020 as in 2019. However, the luxury property market in Israel has taken a huge hit. An analysis conducted by Buyitinisrael using data from the Israel Tax Authority indicates that the number of luxury properties purchased at a price of NIS 10 million or more has fallen by tens of percent this year. Most of the decline occurred in the two main centers of luxury homes in Israel – the Tel Aviv coastline and the Herzliya Pituach neighborhood, also on the beachfront.

That being said, 2020 also saw the two most expensive residential real estate deals in Israel’s history, both in Herzliya Pituach. In the first, American billionaire Sheldon Adelson bought the American ambassador’s house in Herzliya Pituach for a whopping NIS 230 million, just a few months before he passed away. In the other, Russian-Israeli oligarch Roman Abramovich bought an estate for NIS 225 million.

This past year saw a drop of 42% in the number of luxury homes purchased in Tel Aviv for at least NIS 10 million – with 100 deals of this size signed in 2019, and only 58 in 2020. The most expensive real estate transaction in the city was the purchase of a 550 square-meter detached house in the picturesque, beachside Neve Tzedek neighborhood for NIS 62.5 million. Next in line was the purchase of a 400 square-meter apartment on the 18th floor of a building on Hayarkon Street for NIS 47 million.

The drop in the number of luxury deals in Herzliya was even sharper. In 2019, 29 real estate transactions of more than NIS 10 million were made in the city, just north of Tel Aviv. With only 14 deals of this size signed in 2020, this past year saw a decline of more than 50%.

However, in the case of Herzliya, 2020 was a year of quality, not quantity, with a series of enormous real estate deals that received media attention in Israel and around the world. Most significantly, the late billionaire, philanthropist, and casino mogul, Sheldon Adelson, purchased the American ambassador’s house on Galei Tchelet Street in Herzliya Pituach for NIS 230 million.

Adelson, the former owner of the Israel Today newspaper, considered an ally of Prime Minister Benjamin Netanyahu and former US President Donald Trump, bought a 1,000 square-meter mansion on a 5,000 square-meter plot on a cliff overlooking the sea. As part of the deal, Adelson paid NIS 20 million in purchase taxes to the State. The transaction also had political significance, since putting up the mansion for sale was part of the relocation of the United States Embassy to Jerusalem.

The list of celebrities who invested in luxury homes in Herzliya Pituach this year also includes Teddy Sagi, the Cypriot-Israeli businessman who bought a villa on Galei Tchelet Street for NIS 43.5 million.

In Jerusalem, there was also a decrease in the number of luxury properties sold this year, but far less dramatic than in Tel Aviv and Herzliya. While in 2019, 19 apartments were purchased in the capital for upwards of NIS 10 million, in 2020 only 16 deals of this size were signed in Jerusalem – a decrease of 16%.

The most expensive property purchased in 2020 in Jerusalem went for NIS 20 million – a 9-bedroom penthouse apartment of 312 square-meters on Harakevet Street in the Emek Refaim neighborhood. Next in line was a 240 square-meter apartment on Washington Street in the center of town, purchased for NIS 16.7 million.

Meanwhile, in the city of Ra’anana, in the Sharon region, there was actually a slight rise in the number of real estate deals for luxury properties worth more than 10 million NIS – from 5 in 2019 to 6 in 2020. The most expensive transaction in the past year was NIS 18.6 million, paid for a villa with over 600 square meters built on Yaakov Hazan Street in the city.

It is evident that 2020 was an unsuccessful year for those who wished to sell luxury property worth NIS 10 million or more, and such transactions in the market have certainly become less common.

It seems that a significant contributing factor to this phenomenon is the technical difficulty for foreign buyers who, usually responsible for a large number of the transactions in the luxury property market, cannot get to Israel to view and purchase properties. Presumably with the opening of Israel’s borders and the return of international flights we will again see more buyers of this type here. Further, the continued strengthening of the shekel against the dollar and the euro, together with the global economic recession that Covid has brought on, certainly do not help purchases of this magnitude either. However, due to the fact that we are living through such irregular times, market analysts agree that is too early to jump to conclusions regarding the weakening of the luxury home market as a whole. 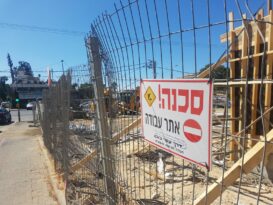 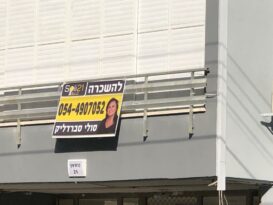 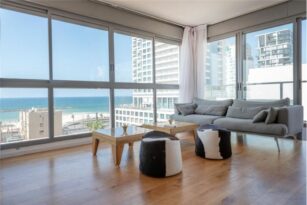