So far, one of the most severe economic crises in the history of Israel has barely affected housing prices and has caused a drop of only 5% in apartment sales. However, supply indexes reveal a significant decrease in construction projects, land purchases, and the approval of new building plans, which will likely cause a major price jump as soon as the crisis ends.

What are the effects of Covid-19 on the property market in Israel? This question can be quite perplexing, as almost every week Israeli government officials publish contradictory data: one week apartment sales have plummeted to an unprecedented historic low, and two weeks later they’ve reached an all-time high!

Similarly, the Central Bureau of Statistics (CBS), the body responsible for publishing price indexes, has reported conflicting trends from month to month, sometimes indicating an increase in prices and sometimes a reduction.

In order to make sense of all of the confusing information going around about the effects of Covid-19 on the property market, Buyitinisrael has collected reliable data about the changes seen in the six main parameters of the Israel real estate market throughout the pandemic: price, apartment sales, new construction, land sales, mortgages, and the approval of new building plans.

According to the monthly property price index published by the Central Bureau of Statistics, there was a complete freeze in property prices in Israel between March and August 2020, the last month for which data was published. Numbers indicate a change of literally 0%, despite a massive blow to the Israeli economy.

That being said, there are two factors that may lead to a slight price drop in the coming months. The first is the nature of the Israeli housing market – a conservative market that responds very slowly to economic crises. Most Israelis interested in selling their homes will opt to wait a year or two in order to avoid selling at a loss. The other factor is the second lockdown in Israel, which began in mid-September and is expected to be gradually phased out by the beginning of 2021. There is still no data showing how this period will further exacerbate the economic damage to the Israeli public, but it is likely that it will cause a drop in housing prices.

In an official report published two months ago estimating the projected effects of the Covid-19 crisis on the Israeli economy, the Bank of Israel predicted a slight decrease in housing prices over the next year or two, followed by an increase in the long run due to an expected shortage in apartment supply.

One of the most surprising statistics regarding the effects of Covid-19 on the property market in Israel is that there has been almost no drop in the number of new apartments sold. Although historic lows were reported during the first lockdown of March and April, this period was immediately followed by record sales between May and June, significantly higher than the same period in 2019. The sales during July and August were comparable to this period last summer.

In total, in the half-year period between March and August, approximately 15,700 new apartments were sold, an average of about 2,620 per month. This number reflects a decrease of just 5% compared to 16,500 new apartments purchased in this period in 2019.  This optimistic figure indicates that the demand for apartments in Israel is stable, despite the significant hit to the Israeli economy so far. However, the unknown impact of the second lockdown is not reflected in these numbers.

3.  Major decrease in new construction may lead to housing shortage

After examining the level of demand in the real estate market throughout the pandemic, it is important to look at the impact on the supply end. The most significant factor affecting housing supply is the number of new apartments being built. Here, the data reveals that the Covid-19 crisis has caused a dramatic decrease in new construction projects, which could potentially lead to a serious housing shortage in the coming years.

If the supply of new apartments continues to decrease while demand remains stable, there will ultimately be a significant increase in housing prices. That being said, it is important to keep in mind that the Israeli public has experienced significant economic trouble over this past year, which will likely affect people’s ability to buy property. The rise in prices may only be felt in the long-term, as people begin to financially recover and return to previous purchase patterns.

Roughly half of the residential construction in Israel takes place on state land managed by the Israel Land Authority, a governmental body that operates under the Ministry of Housing. This is in fact a “land bank,” through which the State of Israel can control the supply of residential land, and by extension, apartments.

Between 2015-2019, the government fought bitterly over Israel’s housing prices, and the authority over the matter was handed over to Finance Minister Moshe Kahlon, who tried to flood the market with land. During this period, the Israel Land Authority sold plots to developers that would allow for the construction of an average of 41,000 new apartments each year.

These numbers are a cause of concern when estimating the housing supply in the coming years, which depends on the number of new construction projects beginning in the next two years.

Another indication that the impact of the corona crisis is not yet felt on the demand side for real estate in Israel is the mortgage market, which not only continues to operate as usual – but is breaking records. In September, the Israelis took out NIS 6.3 billion in mortgages – the highest figure for September in the entire last decade. This is despite the fact that starting on the 19th of the month, a second lockdown was imposed on the public. This is a loan figure similar to that of July and August when no closure was enforced.

Professionals who in recent days referred to the surprising figure, associated it with the low-interest rate level – in August and September there was a weighted real interest rate of 1%, almost 25% lower than the rate in March.

6. Dramatic drop in the number of building plans approved

The government imposed two major lockdowns on the country in 2020 because of the pandemic – the first in March-April and the second in September-October. This period also saw political developments that transferred the oversight of new building plans from the Ministry of Finance to the Ministry of Interior. These combined factors led to a significant decline in the number of residential building plans approved over the course of the year.

By the end of September, the plans for 51,000 new housing units were approved. Assuming that this pace continues until the end of the year, approximately 68,000 new apartments will be approved in all of 2020, a decrease of more than 50% compared to 2019, during which 140,600 building plans were approved. In contrast to the figures regarding new construction projects, the number of approved housing plans does not have an immediate impact on the supply of residential apartments. It is not uncommon for land with approved building plans to lay empty for years until construction actually begins. However, the exceptionally low numbers from 2020 can be expected to have a long-term influence on the supply of land earmarked for construction in the coming years. It is almost certain that the effects of Covid-19 on the residential market in Israel will be felt for the next three or four years, at least. 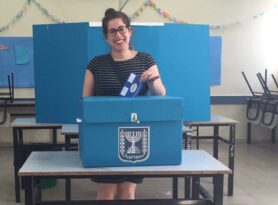 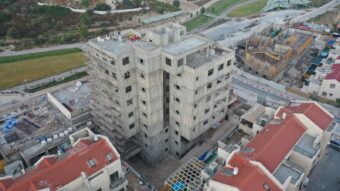 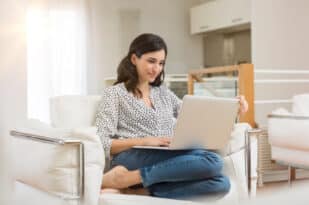 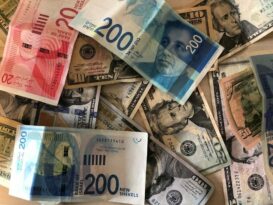